Found Footage is a sub-genre where the entire film is presented as if it were discovered recordings. In Found Footage film, the whole story is told through a series of clips taken with a handheld camera accompanied by the character’s narrator in the form of an interview or being shared directly to the camera, like a vlog. Found Footage films often have the same style of a documentary, videos being taken from security cameras or family videos.

The cool thing about this genre of film is that it brings the viewer into the scene and makes them feel like they are there, experiencing the situation with the character. This means that the film can affect the viewer more emotionally while they are watching it as they can understand and feel what is happening in the scene. The viewer can easily become scared, sad, or mentally alert during intense scenes. This is perfect for horror films which is the reason why a lot of horror films are shot this way.

The Paranormal Activity series makes good use of setting the entirety of the films in a house by using security camera footage. Watch the beginning of this video for an example:

Security camera footage is a great way to change the filming style so that the amount of first-person shots or go-pro shots can be cut down and there is more variety in the film. Found Footage doesn’t always have to be filmed in just these ways though. Other filming possibilities include news footage and mockumentary.

A mockumentary is a filming type that depicts fictional events but presented as a documentary.

In terms of films that show this very well, ‘I, Tonya’ is a great example. The entire way through the film there are snippets of the main character sat in a chair explaining the story and when the image wasn’t shown you could hear her narrating the story. This made the viewer think that everything she was saying really happened and the story is true. This was mainly because it was her present self talking about her past story.

Here's a moodboard showing Found Footage and the different ways of filming it: 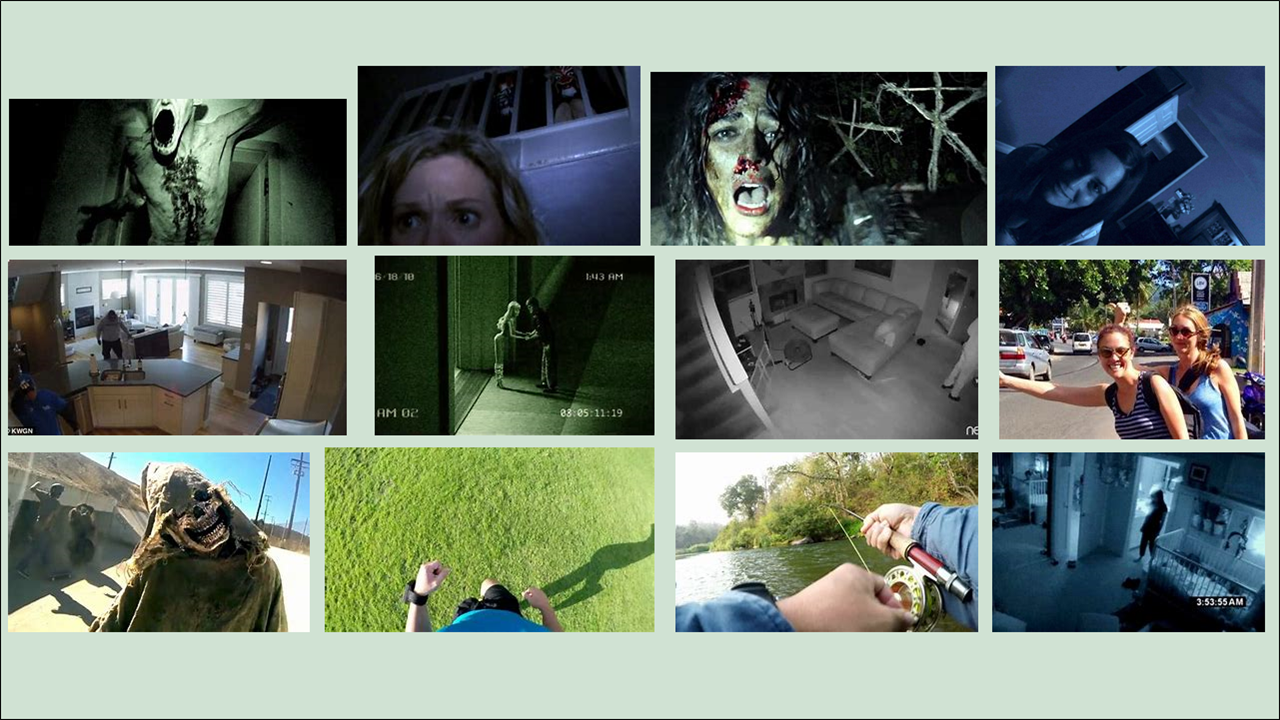